Curator: Jerome Symons
The Ankara International Public Art Manifestation 2012 will take place in October
2012 at the CER Modern Museum in Ankara. Eight Turkish and eight Dutch artists
will present photographic works in an outdoor installation on the courtyard of the
museum. Curators are Jerome Symons and Umut Şumnu. The title of the
manifestation is „Ben de Insanın – I am also Human‟. A catalogue will be published.

The project is part of the cultural programme of the celebration of 400 years of
diplomatic relations between Turkey and the Netherlands. It is supported by the
Dutch Ministry of Foreign Affairs, by SICA – Dutch Centre for International Cultural
Activities and by CER Modern Museum, Ankara.

Installation at CER Modern: ‘Garden of Forking Paths’
In Borges‟ famous short story two men discuss a labyrinth and a book called the
Garden of Forking Paths. These are the works of Ts‟ui Pen who was the governor of
Yunan province, astronomer, astrologist, chessplayer, poet and calligrapher.
Ts‟ui Pen devoted his entire life to construct a labyrinth and a book in which “all men
would lose their way”. He attempted to create and also to describe a world where all
possible outcomes of an event occur simultaneously, each outcome leading to further
possibilities.

One of the two men, Dr. Albert, realizes that the forking of paths takes place in time,
not in space. He explains the mystery surrounding the works by saying that the
labyrinth and the book are one and the same.

Departing from Borges‟ fiction and also from Albert‟s explanation within the text,
the installation at CER Modern structures itself around the endeavor to find a “mean
without an end”, to build up an incomplete edifice that traces “the universe of all
possibilities”.
Within this structure everyone can speak their own-singular language. There is no
solid still boundary between inside and outside, between center and margin. The
structure is not conceived as arising from the addition of a single story line, but it
rather builds on itself to speak critically and potentially about the plurality of
narratives, in a multiplicity of tongues. Thus it exposes certain repressed narratives
and it becomes capable of reading what has not been yet written. The installation
opens itself to its outside, to futurity, to becoming, to differentiation, and to otherness 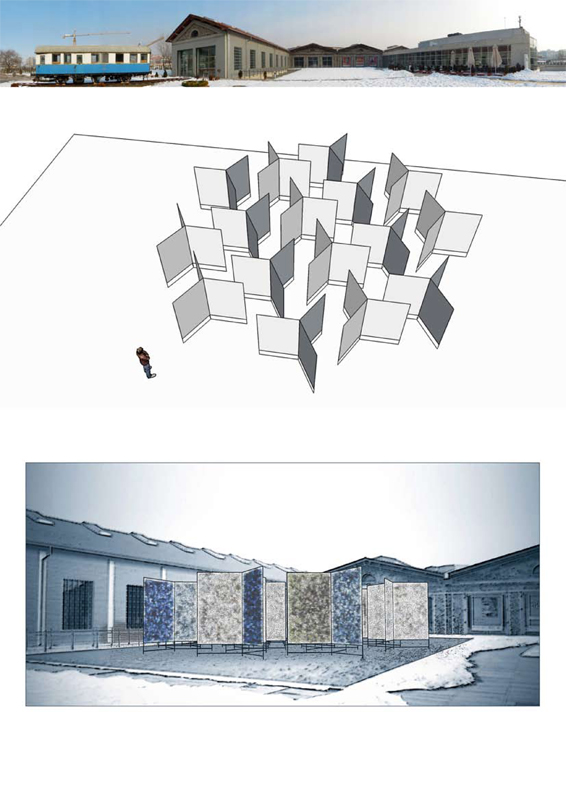 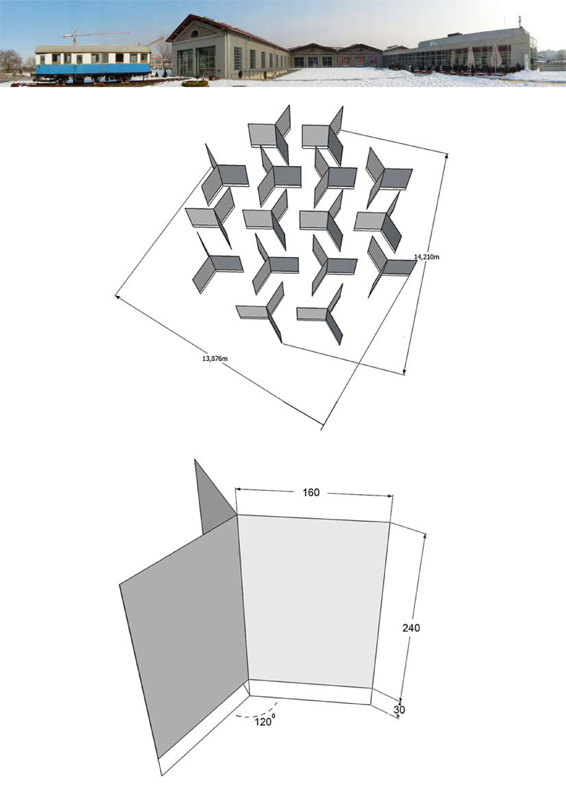